On Saturday September 12th, more than 40 people came out in solidarity with low wage workers at the “Fight for $15” dinner forum.   Special thanks to Maribel Nova and Gertrudis Lopez, who shared their personal stories as workers who’ve become national leaders, speaking out about the FIGHT FOR $15 movement for a fair minimum wage.

After many years as a low-wage worker at Newark Liberty International Airport, Gertrudis is working to organize her colleagues and pressure her employers for a fair wage and better working conditions.  We learned that multi-billion corporations, like United Airlines, farm out low-paying jobs to third-party companies.  It spite of enormous profits, these shadowy surrogates for big corporations show little respect for workers, but have big economic gains by keeping wages low.  Maribel shared how her union, 32BJ SEIU, helped her achieve a decent wage as a cleaner, and how she is now using her experience to organize and support other low-wage workers. Check back for ways to support the FIGHT for $15. 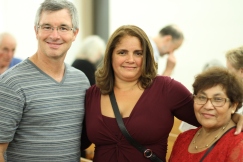 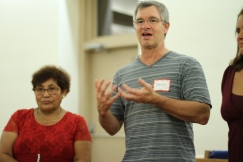 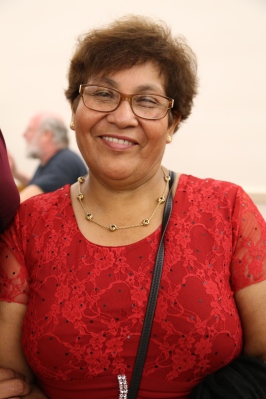 Supporting grassroots organizations in Nicaragua as they work to address poverty, violence against women and environmental degradation.